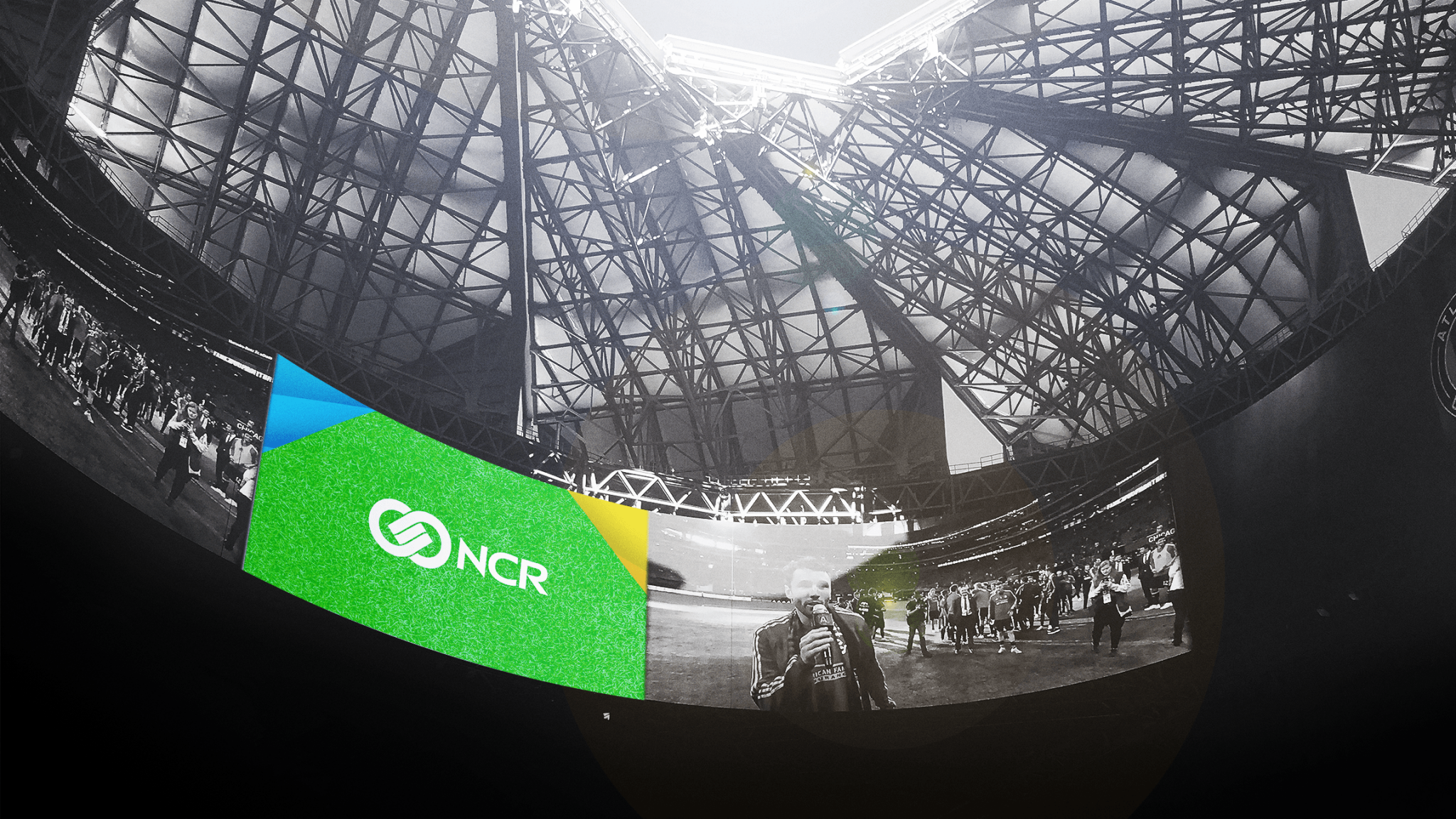 Positioning a national tech corp as a beloved member of Atlanta's home team.

NCR headquarters have been in the suburbs of Atlanta for 10 years, but most Atlantans have no idea. In the consumer's mind, Atlanta is home to giants like Coca-Cola, The Home Depot, and Delta Airlines—not NCR. As NCR moves its headquarters to Midtown Atlanta in 2018, can we strengthen its home team reputation throughout the city?

As one piece of a campaign, Braintrust produced NCR's branded content in the Mercedes-Benz Stadium. We created animated spots that play during all events on all stadium screens—the Halo Board (the largest video board in pro sports), the Mega Column, the Feather Wall, fascia ribbons, and 20,000 TVs throughout the venue—for an undeniable sense that NCR is on Atlanta's home team. 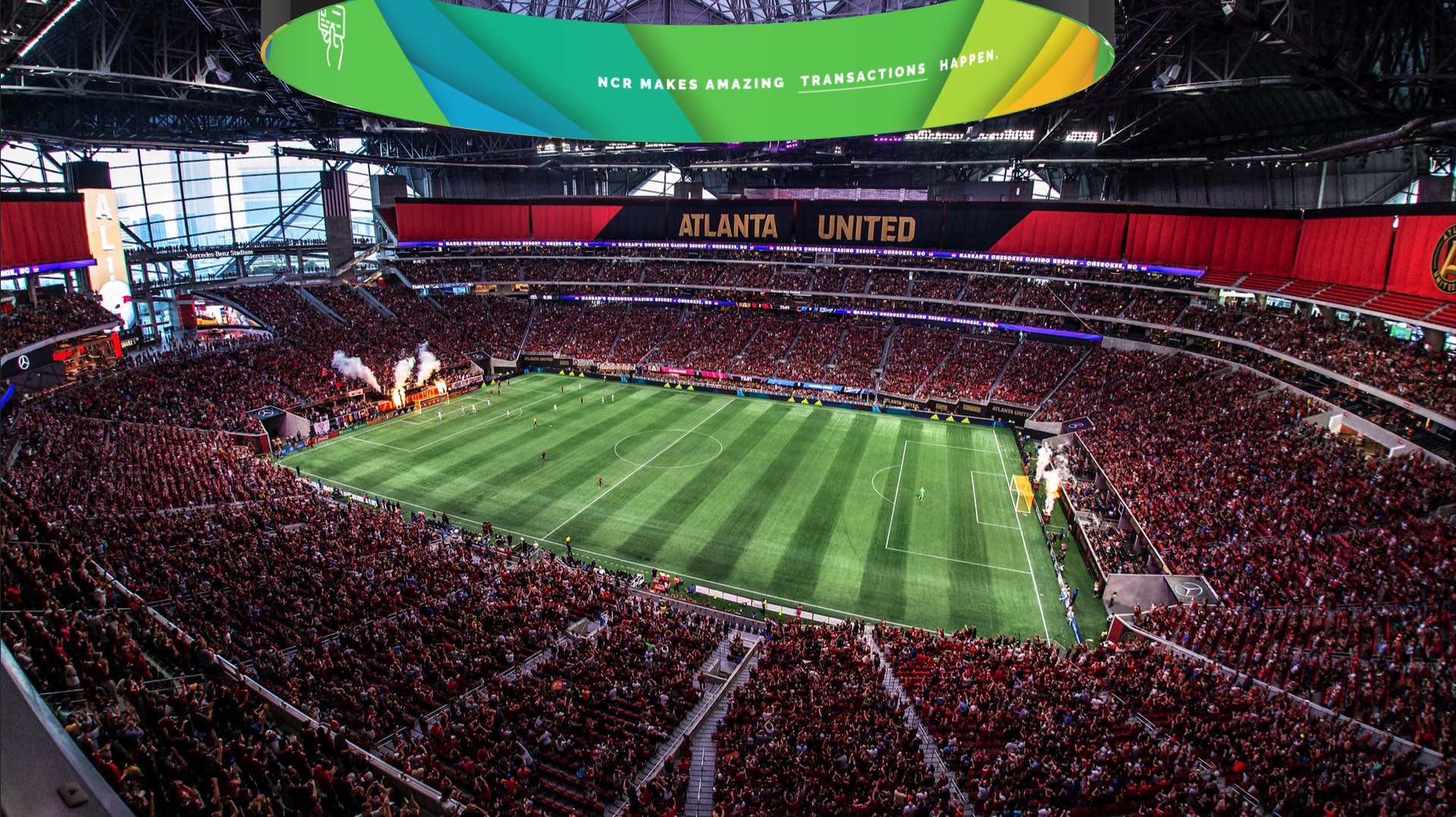 Note that the black/transparent space in the animations below represent (1) live video content from whatever event is happening at the time in the stadium, or (2) screen boundaries. 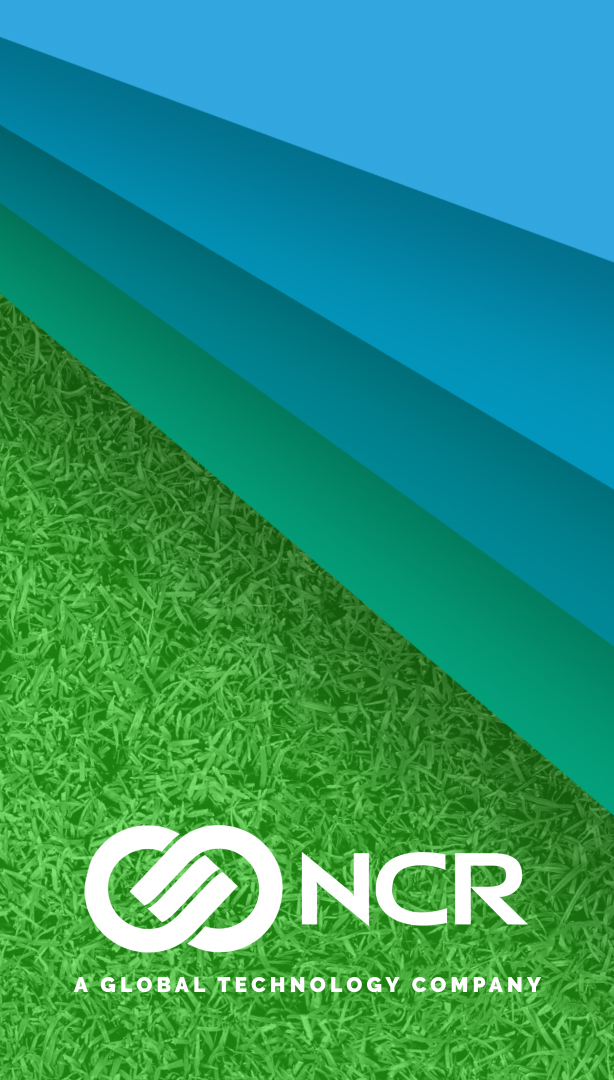 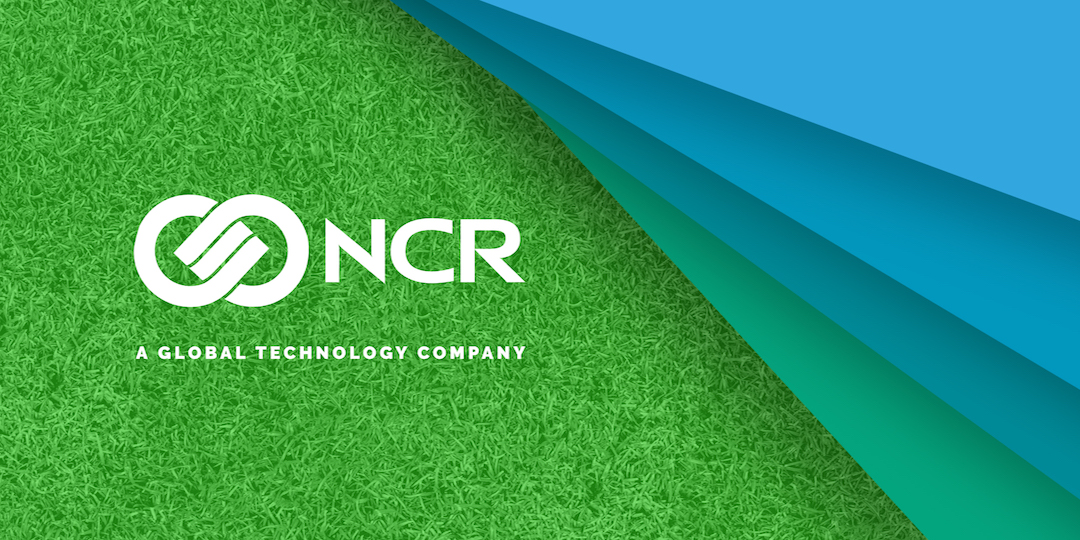